Chief White Cloud of the Ioways

Boone River: Daniel Boone’s son explored Iowa in 1835, the Boone River is named after him.

Des Moines River: Des Moines is a French phrase which literally means “River of the Monks.” Early French explorers named it “La Riviere des Moines.” The name may have referred to the Trappist monks that built their huts near the mouth of the river at the Mississippi.

Iowa River: Named after the Native American Ioway tribe. The State of Iowa is named after this river. The tribal name “Awuxwa” was spelled by the French as “Ayoua” and by the English as “Ioway. ”

Maquoketa River: It’s name derives from Maquaw-Autaw, which means “Bear River” in Meskwaki. It is said that the black bear, once common to this area, helped give the river its name. “Maquoketa” is a Native American word for bear. They no doubt enjoyed the many caves and caverns in this unique geological area.

Missouri River: Named after a native American tribe, “Missouria (in their native language,  Niúachi) that lived in the area near the mouth of the Mississippi.

Wapsipinicon River: The naming of the Wapsipinicon River is sometimes relayed as Native American folklore. One story features a young maiden named Wapsi and the son of a tribal chief named Pinicon canoeing on the river on the eve of their wedding day. The jealous Fleet Foot sneaks along the shoreline and shoots Pinicon through the heart. As Wapsi jumps to the aid of Pinicon, the canoe overturns. The two lovers drown in the swift current.

Although the story is appealing, the literal translation of “Wapsipinicon” is White Potato River or Swan Apple River – referring to Jerusalem artichoke plants that grow along the riverbank. The river is affectionately referred to as the “Wapsi(e)”.

Winnebago River: Named after the Winnebago tribe, now referred to as “Ho-Chunk” Nation. They spoke a Siouan language with large tribes in the Iowa, Nebraska, Wisconsin and Minnesota areas. 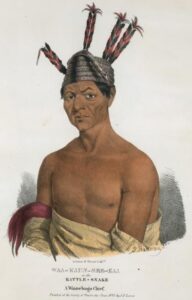 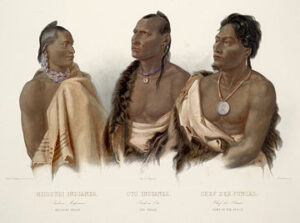 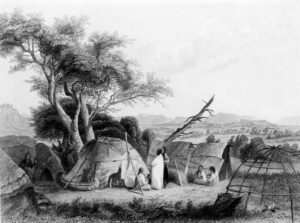 All Photos Courtesy of: Wikipedia

Your Iowa Water Trails Association (IWTA) Website, is your “Go To” Resource for Paddling Adventure Planning

Newly updated and Revised, your Iowa Water Trails Association  (IWTA) website is  just a click away in helping you get ready for an amazing time in and around our beloved Iowa rivers, Water Trails and lakes. Spend some time browsing the new features.  Tell your paddling friends too.

Read current and prior IWTA Newsletters at  Newsletter Archives