Iowa has 17 species of turtles with most being aquatic out of the 356 species found worldwide. Turtles are the oldest reptile and fossils found date during the Jurassic time period, older than snakes and crocs.

Tortoises and fresh water turtles are the most threatened with extinction than any other vertebrate. They have a lot of human pressure against them with the large Asian trade, over harvesting, water and land pollution and habitat destruction.

Another challenge turtles face is they do not reach sexual maturity until they are several years old and do not mate annually. Unfortunately, turtles are difficult to re-establish once gone from an area. They can be defined as in a “fragile” state with fingers crossed for their sustainability.

Most are considered in the common category, however there are some species that are threatened in the state and all around turtle abundance of common species of years gone by is no longer their current status and overall are declining. It is no longer typical to see logs and logs of turtles sunning as you recreate on rivers. You may paddle some rivers and sections and not see any turtles.

Iowa turtles have many challenges with loss of habitat and over harvest and only recent regulations placed.  Many are sold to Asian markets by commercial hunters resulting in lower populations of turtles across some of their past locales. Iowa’s regulations and limits began in 2017. 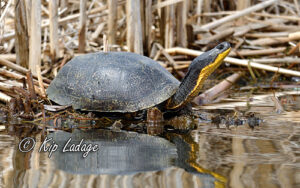 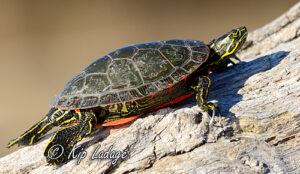 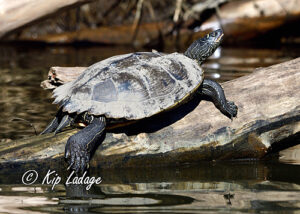